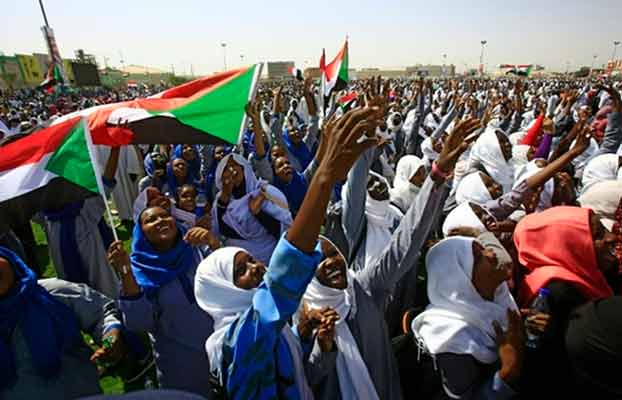 The overthrow of Sudan’s dictator, Omar al-Bashir, only nine days after the fall of Bouteflika in Algeria, brought to mind the revolutionary events of 2011’s Arab Spring.  The regional capitalist regimes and the imperialist powers fear, with reason, a new wave of revolutionary insurrections, not just in the Arab countries, but in the whole African continent.

Sudan is the third biggest country in Africa, with more than 40 million inhabitants. Al- Bashir arrived to power in 1989, through a military state coup spearheaded by the Islamic National Front, and since then ruled with an iron fist. The records of his dictatorship are brutal, with the bloodiest examples being the ethnic cleansing that took place in Darfur in 2003 and the civil war which left more than two million people dead.

The protests against the regime started last year, when Al-Bashir forced through new austerity measures to satisfy the IMF, in order to allow him to get more institutional loans. The imperialist intrigues, promoted by the United States and Europe in their war with China for the resources and raw materials of Africa, encouraged the separation of the south of Sudan in 2011. South Sudan got 75% of the oil reserves and left the north without its main source of income. The poor economic situation declined even further due to the economic sanctions imposed by the US due to al-Bashir’s connection with Islamic terrorist groups.

The drop that spilled the glass

s usual, austerity measures did not improve the catastrophic economic situation, but they dramatically worsened people’s living conditions, who face the scarcity of  essential products and giant queues in a daily basis. Although there have been regular protests since  January 2018, it was in December that  the generalized anger and indignation of the masses exploded. The trigger was the announcement that state subsidies for basic products were going to end, tripling the prices overnight.

The protests started in the 19th of December in Atbara, where demonstrators took to the streets and burned the quarters of the governing party- The National Congress Party.  The government was ruthless in its reaction, sending the police and paramilitary forces , using live ammunition with the order of “shoot to kill”, against the demonstrators and almost a hundred deaths and thousands of people being detained. This brutal repression, far from scaring the masses, radicalized them and spread the movement to 15 of the 18 states of the country and to Sudan’s capital Khartoum. What started as a protest against price hikes and the elimination of subsidies has transformed into a revolutionary insurrection that wants to overthrow the entirety of the regime.

One of the outstanding aspects is the massive participation of Sudanese women, with an estimated 70% of the movement being composed by women. And it’s no coincidence. Women in Sudan, as in all countries where sharia law is applied, are completely oppressed and are denied all the basic rights- and to make matters worse, girls are forced to undergo genital mutilation. The fact that, in spite of the repression they are submitted to, they have placed themselves in the front line of the struggle against the regime shows the depth and breadth of the revolution.

A general strike was called for the 6th of April by the Association of Sudanese Professionals, an organization composed by a number of illegal unions. The answer to this call was massive, with hundreds of thousands of people gathering in the steps of the Ministry of Defense in Khartoum and freeing the political prisoners whilst making their way towards the capital.

One of the most troublesome aspects for the regime was the attitude of the army rank-and-file. There were confrontations in the military bases between soldiers and low-level officers in one side and high-ranking officers in the other. Many soldiers refused orders and stood side by side with the demonstrators to defend them from repression. In the ensuing clashes, five soldiers were murdered, by the intelligence agency sponsored militia, whilst protecting the people.

Maneuvers from the regime

he regime and the top echelons of the military acted quickly by fear of losing control of the situation, which explains why the generals, the usual pillars of al-Bashir’s regime, took the initiative and  kicked him out, detaining the main government figures and their relatives. They announced the setting up of a Military Council for Transition which would rule for three years and prepare the country for democratic elections. With this maneuver they thought they could guarantee their privileges and interests, keeping the essence of the regime intact and deflecting the anger of the masses towards safer “democratic” channels. It’s a classical tactic of a cornered capitalist regime faced with losing everything- to reform from above to avoid revolution from below.

The problem for the Sudanese regime is that the masses did not saw it in that way- for them every regime concession reveals its weakness, strengthening the revolution. The toppling of al-Bashir on the 11th of April was seen as a victory at first, but celebrations quickly turned into indignation when it was announced that the hitherto minister of Defense, Ibn Auf, would replace al-Bashir. Auf is hated for his role in the Darfur genocide. The streets were again filled with people and the pressure forced the military top-brass to get rid of Auf, who announced his resignation 24 hours after his appointment. In less than 36 hours the mass movement achieved its second victory, toppling two heads of state in three days. This gave a new momentum to the revolution and to the belief of the oppressed masses in their own strength,

Auf was replaced by the lieutenant-general Abdel al-Burhan, who has relied in populist rhetoric, promising to deliver the will of the people, however not making any concrete promises. The military leadership wants to paint a rosy picture, pretending that it was the military that decided by its own volition to concede to the masses, and that they are on the side of the revolution. But nothing is further from reality, everything has been achieved by the pressure of the oppressed people in Sudan.

Lessons from the Arab Spring

The Sudanese revolution shows a lot of similarities with the Egyptian revolution of 2011, but the lessons from the Arab Spring have not been forgotten, especially Egypt’s example where, after months of a heroic struggle, the army donned the gentle mask of revolution, making a lot of promises and even sacrificing some of their own, such as Mubarak. But when the military leadership took back the lead they revealed their true face. That is why the movement in Sudan does not trust them and in the streets there are chants of “the Army won’t steal our revolution”.

5 months have passed and the Sudanese masses are keeping their exemplary struggle alive. Nothing stops them. They defy daily the state of emergency and the curfew imposed on the 22nd of February, organizing every week enormous demonstrations, strikes and all kinds of protests. They created neighborhood and factory committees to organize the struggle. In the capital, the demonstrators occupy a zone with a radius of 1.5 kilometers, surrounded by barricades, where they have installed tents and tent camps, created their own public transport network and leisure spaces- in this zone they organize tasks like getting supplies and debate and decide next steps. They keep the army barracks and headquarters surrounded, both in Khartoum and other cities.

The army tried to gain time by starting negotiations with the Alliance for Freedom and Change, composed by the main opposition organizations, including the Association of Sudanese Professionals and the Sudanese Communist Party. After days of negotiations they reached no agreement. The masses refused to accept the presence of military personnel in the government, and they demand the sharia law to end, but the army refuses to yield control. After brutally oppressing the Sudanese people for decades, they ask them to go back home and accept the army’s rule.

In the last few days violence by the regime has increased, using paramilitary groups in an attempt to demoralize and divide the movement. But once again the answer has been an intensification of the protests and the Association of Sudanese Professionals has called a political general strike for the 28th and 29th of May.

The real power is in the streets and workplaces, with the correlation of forces favorable to the workers and poor peasants, who have the power to topple the whole regime. But this cannot last forever. The key question is the absence of an organization with a clear revolutionary program and perspective. Unfortunately, the Communist Party of Sudan (Stalinist) is playing a crucial role in allowing the bourgeois opposition to control the movement. The working-class cannot trust any of the bourgeois or army sectors. It can only rely on its own revolutionary struggle with the aim to seize power and establish a truly democratic regime. Under the capitalist system, there is neither solution for Sudanese masses nor any perspective of a western-styled stable “democratic” regime. The only solution is to carry the revolution until its term, expropriating the wealth and resources of the country and placing them under the control and at the service of the oppressed people. 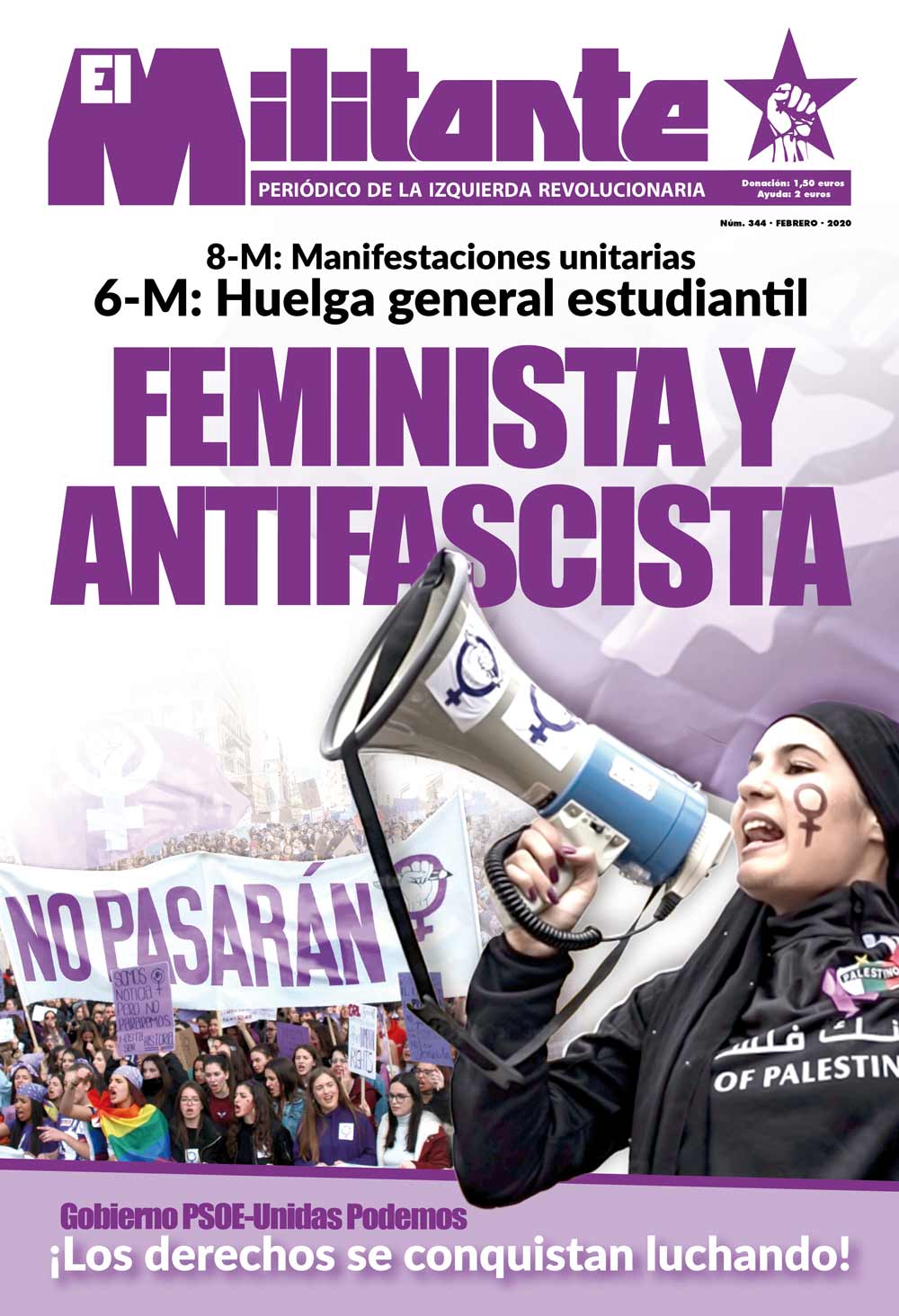