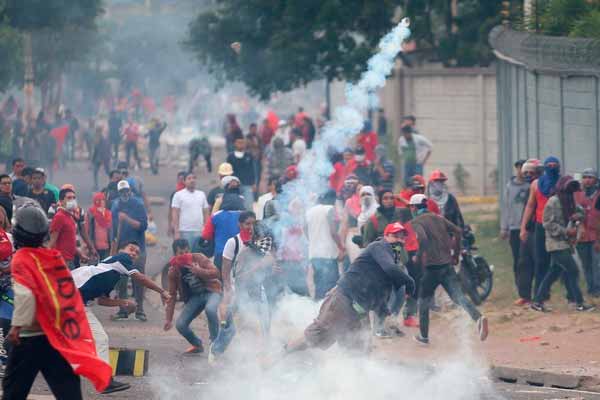 After the Juan Orlando Hernández (JOH) government’s attempt to legitimise its electoral fraud failed spectacularly, the popular rebellion has expanded in Honduras.

On Saturday 2 December, in various cities, the people defied the curfew, getting out on the streets in a “cacerolazo” (banging pots and pans) denouncing the farcical “recount” being orchestrated by the regime. The people’s mobilisation has already made the government tremble and forced international organisms, like the OEA, to recommend a 100% recount. However, the Honduras oligarchy, has persisted in its position and proclaimed JOH as the winner. On Sunday 3 December, JOH tried to legitimise himself with a TV appearance. The response was immediate: protests became stronger on Sunday and extended all across the country, even overcoming the state apparatus in its weak spots.

Sections of the National Police, both rank and file and sections of the elite, refused to follow orders to repress. Scenes of police explaining their refusal, express the pressure of the masses in action. Police fraternised with the people on both Sunday and Monday. Moreover they also denounced precarious conditions and lack of job security. And while the leadership of the police and other security forces manipulated public opinion by referring to this as a purely workplace economic issue, this lie was quickly exposed.

Working class must enter the stage. Turn the rebellion into revolution

This rebellion has extended throughout the country into dozens of cities and towns, in many cases becoming an insurrection. Barricades in the streets and self-defence groups have been formed, at times paralysing the local economy. However, opposition politicians like Nasralla and Zelaya refuse to reach the ultimate conclusions. They express “solidarity” with the protests, and even attend some, but at the same time they call for calm and negotiation. Publically they are against the fraud and denounce JOH, the Tribunal and National Assembly, calling for a recount. But who will carry out the recount? The same tribunals run by JOH and his mafia?

Directing this struggle against the capitalist state, responsible for corruption, drugs violence, subordination to imperialism, exploitation, misery and theft is the central point. The workers’ organisations and all those in struggle must coordinate their efforts and build a unified plan of struggle, to strike together on the same day at the same time, throughout the country, organising a general strike. Everything must be stopped: the factories, workplaces, trade, transport etc.

We have to hit the rich where it hurts, and build a general strike which continues until they are brought to their knees, forcing them to accept the demands of the people. These demands should not only be related to electoral fraud. This mass movement must fight for immediate improvements to improve living conditions of the people, the workers in the cities, the peasants and youth: A drastic increase in the minimum wage, massive investment in public health and education, nationalisation – under democratic control of the workers and their organisations – of the banks, big companies and imperialist multinationals, expropriation of the big land holdings of the Honduran and multinational landlords and distribution of land to the peasants, defence of the rights of indigenous communities, the purging of the state apparatus of elements linked with the old dictatorships, struggle against narco-trafficking and defence of popular self-defence and a plan of action. And of course, the movement and its organisations must call for international solidarity and mobilisation by workers and the poor throughout Central America, Latin America and the world.

To carry out this programme, it is necessary to move forward with independent mass action, creating organisations of people power: committees of action in all the cities and areas to organise mobilisations and a general strike, in defence of a programme for the socialist transformation of Honduras.

We have suffered many years of attacks, now we must go on the offensive. The workers and poor, peasants and students have the opportunity to take the reins of the movement in their own hands and continue until we defeat the government, and free Honduras from oligarchy, imperialism and exploitation.

Long live the struggle of the Honduran people! 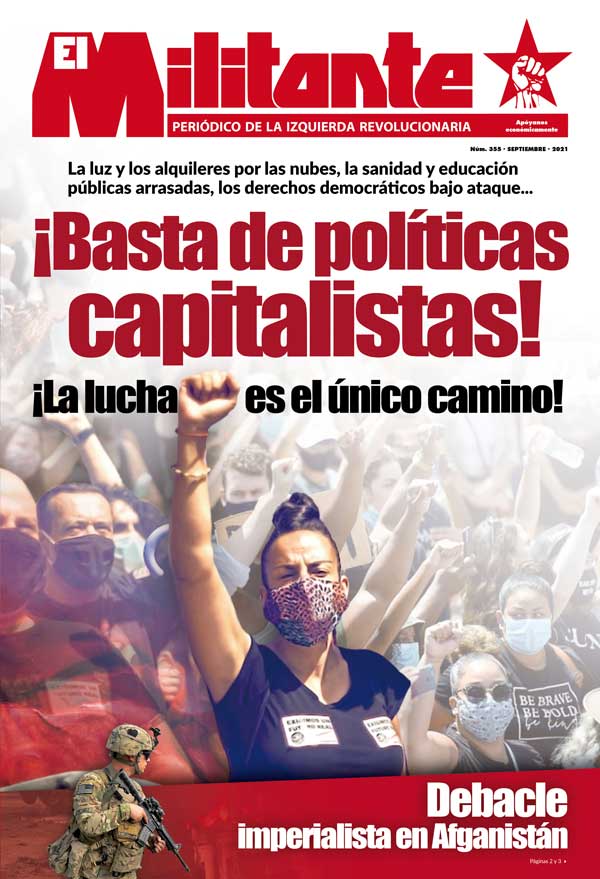